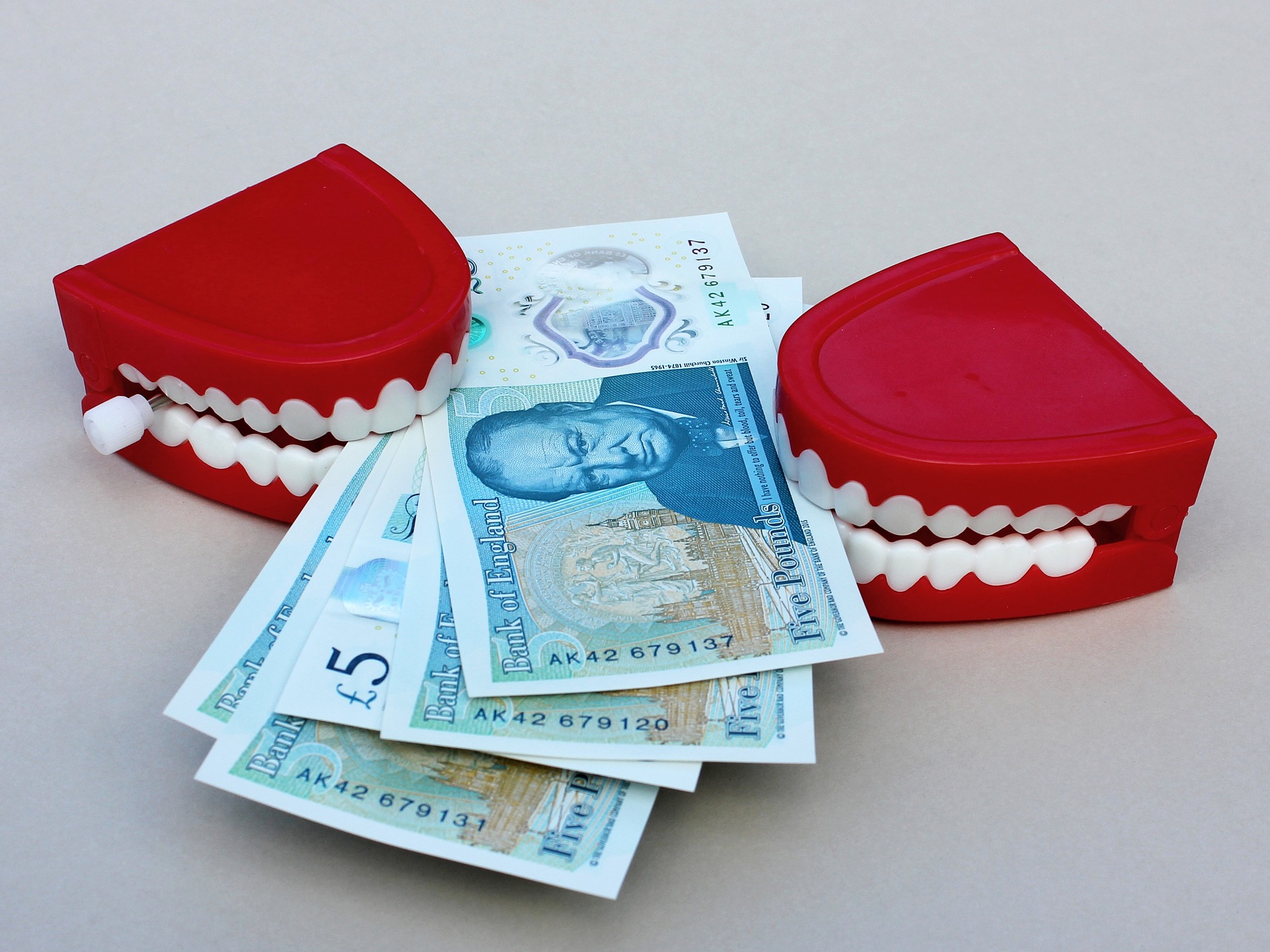 This article was published in the Financial Times

The annual appraisal is over, but if bosses aren’t having regular conversations, has anything really changed?

As a growing software business, it’s hardly surprising that the staid old annual appraisal is a distinctly archaic idea at Splash Damage. The firm behind video games Enemy Territory and Gears of War runs a thriving studio in south London full of developers and designers. And the way it handled performance management needed to feel as forward-looking as its culture.

“We don’t want to wait a full year to set our learning and development plans. We need a ‘present temperature’ of what’s going on in the business, and easy access to people’s feedback and objectives,” says senior HR adviser Kate Lindsay. For the past two years, the company has run monthly one-to-one conversations between managers and their staff that take a different theme each time (twice a year, for example, is a career planning session, which feeds into the salary planning and promotion cycle). This is supported by an online performance management system that records objectives, reminds managers to book in meetings and tracks job satisfaction.

“In a gaming studio, you’re working with artists, designers and programmers, and they appreciate feedback and transparency – they want to say what’s on their mind, and that goes for managers and employees,” says Lindsay, adding that it makes discussions more meaningful and has a positive knock-on effect for workplace discourse outside the performance management cycle.

Splash Damage, which gained a spot in the Sunday Times 100 Best Companies to Work For this year, has clearly seen the value of managers having more frequent conversations with their teams. But while there has been a lot of noise around the trend away from annual appraisals – led by US tech firms and backed by decades of research showing they were often sacrificing quality dialogue for box-ticking exercises – effecting real change by introducing regular check-ins or ‘continuous conversations’ only really works when managers are on board with the idea. And that can be half the battle.

Regular discussions, even if they are brief, can mean a greater time commitment. And while most HR professionals agree on the benefits, there’s a risk that, done badly, these conversations may not be the panacea they’re claimed to be. Terry Gillen, author of Great Appraisal, says: “If someone’s not skilled at doing appraisals annually, aren’t we compounding the problem with more regular conversations?”

If you’re considering replacing an annual system with something more regular (and it doesn’t have to be either/or – it’s possible to have both) it pays to ask why you’re doing it, argues Gillen. “If managers are going to get on board, they need to see it as something that helps them do their job and retain good people, rather than an HR tool,” he says.

One of the key criticisms of traditional appraisal systems is the perception they are forced on managers and employees from above, says Dr Wendy Hirsh, principal associate at the Institute for Employment Studies: “There’s a real tension between talking to someone and filling in a form. There are other ways of providing evidence of how people are doing – employee or pulse surveys, for example. Surely it’s better to ask whether staff are having useful conversations with managers than basing success on the percentage of forms that came back?”

There’s an element of FOMO (fear of missing out) in performance management too, where HR or senior leaders demand more bells and whistles from performance systems because other companies have them. “HR has the right instinct, but sometimes over-elaborates the process,” says Hirsh. “The intention is to be helpful but the more guidance you try to give managers, the more you can disable them.”

If appraisals have such negative connotations, how can HR sell the idea of more regular dialogue to managers? Part of the answer may be to understand that managers promoted on technical capability often lack self-awareness and time to reflect, and probably haven’t been adequately trained on how to have coaching conversations. At the least, reframing performance management as being less about performance and more about support can help break down barriers.

Performance consultancy Thinking Focus has tried to tackle these challenges by developing a game where managers choose the most appropriate response to a scenario. A facilitator reads a dilemma from a stack of cards (such as ‘I’ve been accused of favouritism’ or ‘someone else’s bad management has become my problem’) followed by potential ways managers could deal with it. They discuss options as a group and the facilitator talks them through what might be good practice in that situation. “It helps them visualise the scenarios so, if they do come up, they have a mental image of what their choices are. It also means they’re not uncomfortable with the conversation when it comes to doing an appraisal,” says director Paul Hutchinson.

“Having more regular conversations does not have to add to a manager’s workload,” says Roly Walter, founder of online performance management system Appraisd, which works with Splash Damage. “It’s more of a mindset shift, so that having a reflective conversation is not taboo. It’s just 15 minutes to ask someone how it’s going.”

But if a card game seems a step too far, there are various apps and tools that managers can use to either prompt a dialogue with an employee or record outcomes and objectives. Some will focus on the ‘softer’ elements of management that are too often overlooked – such as reminding managers about team members’ birthdays or encouraging them to have regular conversations that aren’t overly performance related.

Language, frequency and location are important, too. Hirsh advises that at least some performance management conversations have a ‘semi-formal’ (rather than informal) feel – so a time and place are agreed and a loose agenda shared over email. “Semi-formal conversations lend themselves well to mutual agenda setting and can be flexible in addressing a range of issues,” she says. “That bit of preparation makes it easier for both parties to talk about what they want where there’s time and space to handle it.”

How regular performance conversations are will depend on several factors, adds Mike McClement, director of Training Hand. “Keep an open mind – you will have different types of people on your team, some of whom like lots of meetings, some none. Ensure you speak to everyone at least once every couple of months, even the reluctant ones,” he says.

CIPD research has frequently advocated ‘strengths based’ conversations, where managers and employees reflect on what’s working well and how to build on that, rather than dwelling on things that went wrong. Last year, the CIPD published research – Strengths-based performance conversations: an organisational field trial – on how the approach worked with three employers.

Where managers were trained to use a strengths-based approach, they discussed performance with employees more often and these conversations became more effective at supporting learning and performance. The frequency of ‘non-job related chat’ also increased, suggesting a stronger relationship and higher employee engagement. “Generally, we have a negative bias; this approach tries to correct that so managers’ default thinking is to build on positives rather than correcting weaknesses,” says Jonny Gifford, senior adviser for organisational behaviour at the CIPD.

He stresses that this is not a way of avoiding dealing with underperformance: “Where someone’s performance is inadequate or behaviour inappropriate, that needs to be dealt with. But more generally, when employees are having a review or one-to-one, the emphasis should be on strengths if the aim is to improve their impact as professionals.” One approach is to build scripts that can prompt managers to set the discussion in this more positive tone; for example, by asking employees to focus on a time they felt they were excelling in their job and how they could extend this to other areas.

Ultimately, making appraisals more manager and employee-friendly is about a shift in mindset, says Gifford: “For too long, performance management has had an aura about it – the term suggests that HR or line managers want to pin down and control what someone does. In fact, it should be the opposite – you’re giving your people wings to fly, so they can go on to greater things.”

Elva Ainsworth from appraisal specialists Talent Innovations agrees that HR needs to take a step back. “Let go of control, hand it over to the managers and facilitate it,” she says. “Make the focus the bigger picture, a performance culture rather than a process they ‘have’ to follow.” And if managers aren’t on board, think again, she adds: “Be brave enough to say we’re not doing it if people aren’t happy. If you’re going to apologise for it, you’ll struggle to sell it.”

“We used to spend all our time on ratings”

Law firm RPC operated an annual appraisal system that involved a lot of form-filling and approval processes, ultimately giving every employee a detailed set of feedback. But Rachel Street, director of people and talent development, felt the approach was fundamentally wrong: “Managers would spend all the time discussing the rating, rather than the development potential for the individual, and we’d spend hours as HR professionals debating the actual rating.”

Employees clearly agreed – when asked for feedback on how their performance was reviewed, they said the annual review wasn’t working for them. RPC now encourages managers to have ‘quality conversations’ once a quarter with employees, where they can communicate how the business is going and individuals can have an honest discussion about where they fit into this.

“It gives staff a chance to talk about themselves and raise any issues, and twice a year we ask them to reflect on challenging questions including ‘are you in the right role, team or firm?’, which also gives managers a framework to introduce tricky conversations should they need to,” says Street.

While there was some initial scepticism that more frequent performance discussions would mean more work for team leaders and partners, Street and her team counted how many hours the former system ate up – from the meeting preparation and the meeting itself to agreeing ratings and getting sign off – and the time commitment was far greater than the new regime of just four hours a year.

James Wickes, a partner at the firm, says the system brings more consistency to something that many managers – but not all – do already: “I have monthly catch-ups anyway – this just provides a bit more structure. It may not be revolutionary, but it means that everyone in the practice is treated in the same way, and provides a structure to the discussions we already have.” Wickes feels that being able to have conversations about individuals’ career ambitions means he can tailor development for them or step in at an earlier stage if, for example, someone has been given too much work.

Employees confirm the conversation has happened through a system called Pay Compliment, and twice a year managers are invited to a formal talent mapping discussion so HR can identify high potential staff and look at succession planning and development needs. RPC also uses a competency framework to map individuals’ strengths. But it’s the regular conversations that are driving engagement and transparency, says Street: “Of all the HR initiatives I’ve rolled out, this is the one that’s been grasped with open arms the most.”