where is micardis manufactured where can you buy micardis over the counter micardis 80mg telmisartan micardis telmisartan 80mg precio micardis plus 80mg
07766685873 hello@jofaragher.com 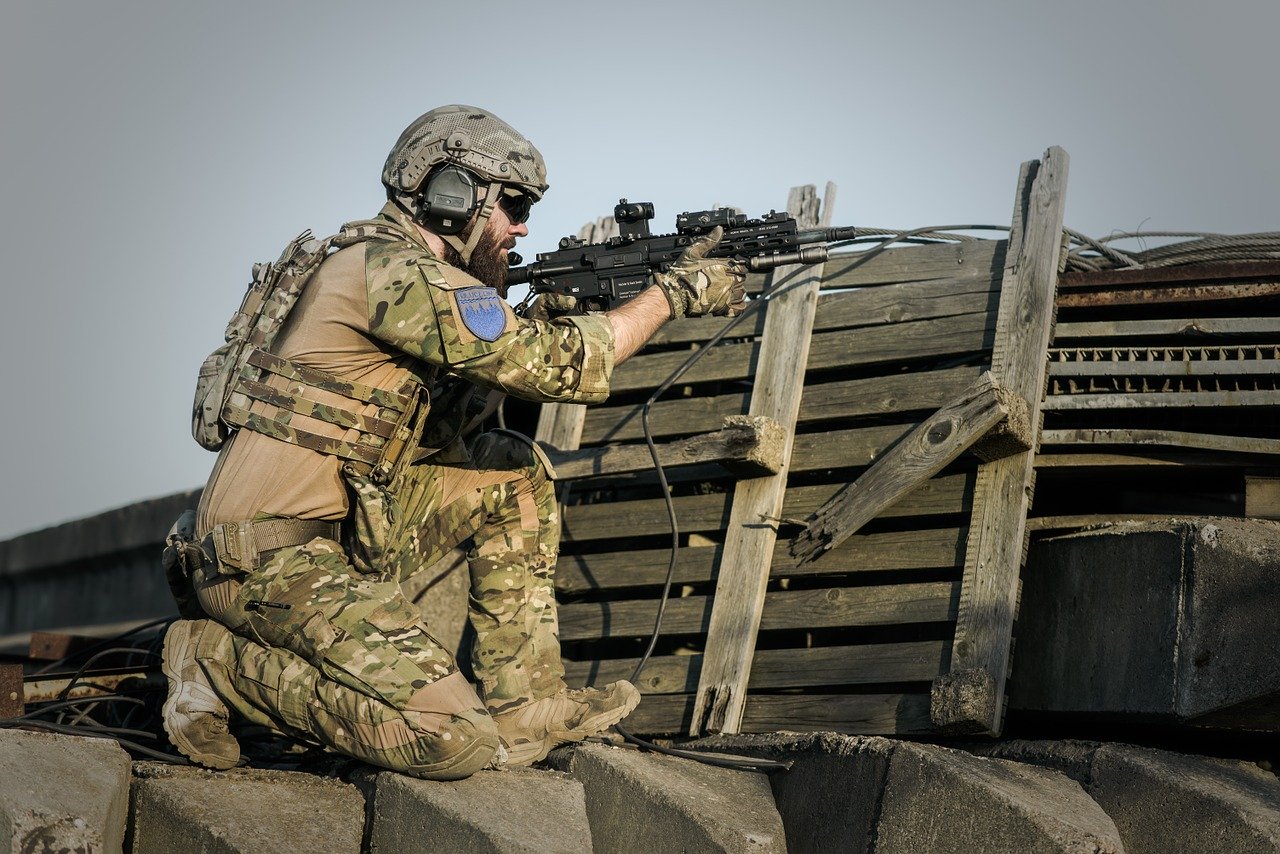 Those leaving the armed forces have a wide range of skills which should make them valuable additions to any small business, as well as standing them in good stead to start up their own.

Steven Collins joined the Royal Regiment of Fusiliers as a reservist when he was 18. Three years later he was called up to serve in Iraq where, in 2005, a roadside bomb killed three of his friends. He returned to service the next day, but it was only when he returned home in 2008 that the reality sank in.

“I put a smile on my face and carried on, and the pressure started to build,” he says. He later realised he was suffering from post-traumatic stress disorder (PTSD). After losing his job, he sought help for his mental health issues and got in touch with veterans’ charity The Poppy Factory. His consultant there helped him to get a job with Extreme Hire, an equipment hire company in East Sussex, where he says “they treat everyone like family”; his boss, Stuart Bond, used to be a soldier himself, so understands the challenges of adjusting to civilian life.

Mr Collins feels really lucky to be back on his feet. “If I have any kind of problem I know I can speak to my bosses and they will deal with it,” he says. “Every day is different – one day I might be delivering machinery, or I could be operating equipment for customers, working over 100ft in the air alongside all sorts of tradesmen and women.”

FSB estimates there are around 925,000 forces veterans of working age in UK households – and many run their own businesses. A Force for Business, a recent FSB report on employment and entrepreneurship among ex-forces personnel, estimates 6 per cent of small businesses are run by veterans.

Many more have taken veterans on as staff, with these most likely to be smaller firms; 42 per cent of those who employ ex-forces personnel have 10 staff or fewer, with 26 per cent having between 11 and 20 employees and 22 per cent between 21 and 50.

A survey by The Poppy Factory found that 82 per cent of employers recruiting ex-armed forces staff cited communication skills as their top quality, followed closely by teamwork (79 per cent) and self-management (74 per cent).

Many larger businesses see the value of hiring ex-military employees, with some having programmes for veterans. These individuals bring qualities such as resilience, a drive to deliver results and the ability to adapt to changing environments.

For small businesses, it’s often as simple as knowing they are reliable, says The Poppy Factory’s Chief Executive Deirdre Mills. “Small businesses want to know someone is honest, will turn up on time, and be loyal to the organisation,” she says. “When you work in the military, you’re not afraid to have robust discussions. You’ll consider different ways of having conversations, and be flexible when presented with a range of scenarios.”

There are also practical reasons to employ someone with a military background. FSB’s survey found that 35 per cent of companies taking on ex-forces personnel said it helped resolve skill shortages, while 27 per cent felt it improved team performance. More than a quarter (26 per cent) said they provided fresh perspectives and creative ideas, while 18 per cent felt it improved relations with customers.

The path after a career in the army, navy or RAF is not always smooth. While the Career Transition Partnership, the Ministry of Defence’s career resettlement arm, offers some tailored training and advice to military leavers, many find it difficult to adjust.

“One challenge for officers looking for civilian employment is to translate their skills into civilian speak, especially when they put together a CV,” explains Lee Holloway, Chief Executive of the Officers’ Association, which helps place officer-level military personnel into work. “Something like ‘I commanded a battalion’ – what does that mean? If they’re selected for interview they tend to do well because they can describe what they did (‘I managed a team of 30 women and men’) but it’s getting past that first hurdle.”
Business owners may also have preconceptions of what employing someone from the military will be like, adds Mr Holloway. “The days of shouting at people and marching around a parade ground are gone,” he says. “People skills are vital because you need people to buy into your ideas and projects, otherwise they don’t get done.”

There can also be concerns that veterans will suffer from mental health issues that could affect their job; last year, armed forces minister Tobias Ellwood complained that TV portrayals of ex-military employees, such as in the BBC’s Bodyguard – in which the protagonist had PTSD – were hurting veterans’ job prospects. However, mental illness rates among service leavers are generally lower than among the wider population, according to a study of 10,000 veterans published in the European Journal of Psychotraumatology.

The ex-military route can also prove cost-effective. Advertising roles via charities such as the Regular Forces Employment Agency (for soldier or equivalent ranks) or the Officers’ Association (for more senior ranks) tends to be cheaper than traditional print or online advertising. These organisations also often offer training to candidates on their books, ensuring they’re ‘work-ready’.

Darren Smith, who runs gaming party business Curbside Gaming, credits X-Forces Enterprise with giving him the knowledge to grow his company. “I joined the army at 16, so I knew nothing about civvy street,” he says. “X-Forces helped me write a business plan and get a start-up loan from the Government. They’ve kept checking in with me to check everything’s going okay.”

Ren Kapur, founder and CEO of X-Forces Enterprise, believes the UK could learn a lot from the support veterans receive in the US, where there are numerous incentives for businesses to take on veterans, or for veterans to set up on their own. “It’s not a lack of drive by small businesses to employ veterans; it’s often time constraints,” she says. “We could look at tax breaks, support in hiring someone, even how we support veteran-run businesses.”

FSB’s report, meanwhile, calls for the Government to incentivise small businesses to take on ex-military employees, for example through a one-year holiday on employer national insurance contributions, and to simplify how companies recognise military qualifications and training.
The benefits of taking on ex-forces personnel are evident, as Mr Bond, who employs Steven Collins at Extreme Hire, can testify. “People coming out of the services don’t realise how many transferable skills they have,” he says. “Teamwork is key, as is problem-solving and the ability to think on your feet. It’s about having the right attitude and getting the job done, no matter what.”

The qualities that make ex-forces personnel attractive to businesses also lend themselves to veterans setting up on their own. Resilience, planning skills, leadership and communication are all vital skills for entrepreneurs.
Gary Tucker, who has set up two businesses since leaving the Royal Electrical and Mechanical Engineers (REME), believes the drive that helped him do well in the military has led to commercial success in the civilian world.

He formed a training and recruitment business offering mechanical training while serving, which he built on when he left, winning a contract with the AA. He also runs PATAM, a technology company that produces digital identity and compliance cards for the transport sector.
His company offers free technical and mental health training to ex-military personnel, and 75 per cent of trainers on its books have a military background. “We give a lot back, as do many veterans – you’ll surround yourself with good people who won’t let you down,” he says.

Sarah Casemore, Director of Operations at The Poppy Factory, says she often sees this “chain reaction” among smaller employers who have taken on one veteran, opening the door for them to take on more ex-forces personnel.

FSB suggests that there is room for more support and advice to service leavers around self-employment options.

Mike Cherry, National Chairman of FSB and an ex-army reservist, says: “Setting up and running your own business requires courage, determination and a strong work ethic.

These are attributes service leavers have in spades, and why self-employment is a route well worth considering by those coming towards the end of their time in the armed forces.”

From mission co-ordination to campervans

Catherine Bunn believes that “being resilient, self-motivated, organised and disciplined” has stood her in good stead to run her own business: vehicle hire company Highland Campervans.

Former Flight Lieutenant Bunn used to co-ordinate search and rescue missions in the RAF, and spent time in the Falkland Islands scheduling helicopters that moved military personnel and freight. After meeting her husband Stephen and discovering she was pregnant, however, she spotted a gap in the market for campervan hire, and set up Highland Campervans, based in Inverness, in 2007.

The biggest challenge has been losing the camaraderie she had when she was in the RAF. She says: “In the military, you really are part of the forces family and there is a great camaraderie between people, with advice and support available for almost anything. Running a business, you have to be really self-motivated and organised to balance out time and resources.”

To overcome that initial feeling of isolation, she advises others to consider whether partnering with someone with complementary skills might be a good option. Now that the business has grown, however, she spends a lot of time in different business areas, supporting others.